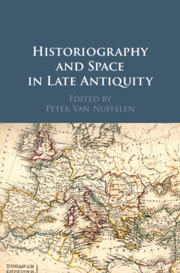 Historiography and Space in Late Antiquity