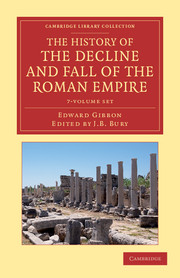 The History of the Decline and Fall of the Roman Empire
Edited in Seven Volumes with Introduction, Notes, Appendices, and Index
7 Volume Set