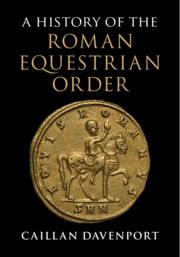 A History of the Roman Equestrian Order