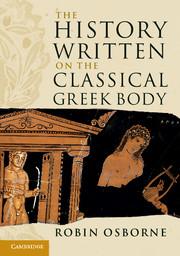 The History Written on the Classical Greek Body