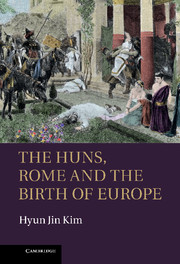 The Huns, Rome and the Birth of Europe