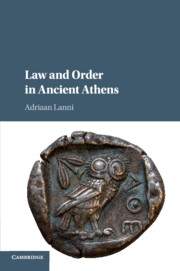 Law and Order in Ancient Athens