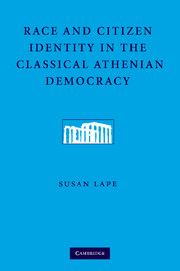 Race and Citizen Identity in the Classical Athenian Democracy