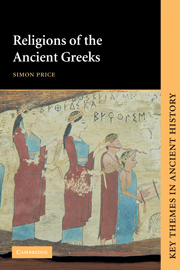 Religions of the Ancient Greeks