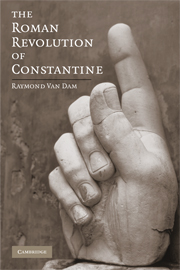 The Roman Revolution of Constantine