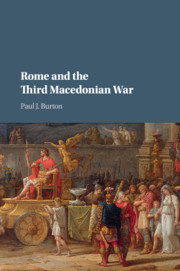 Rome and the Third Macedonian War