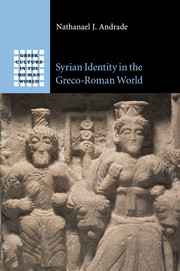 Syrian Identity in the Greco-Roman World