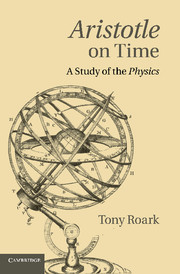 Aristotle on Time
A Study of the Physics