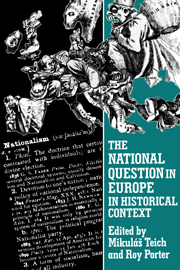 The National Question in Europe in Historical Context