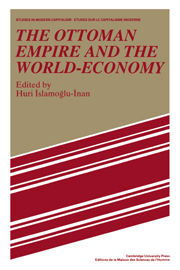 The Ottoman Empire and the World-Economy