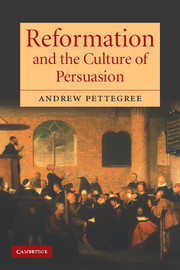 Reformation and the Culture of Persuasion