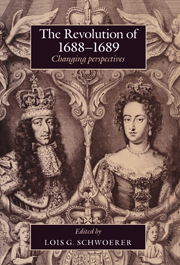 The Revolution of 1688–89
Changing Perspectives