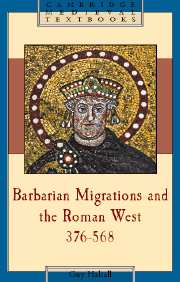 Barbarian Migrations and the Roman West, 376–568