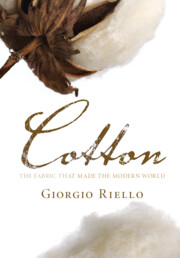 Cotton
The Fabric that Made the Modern World