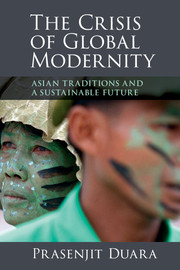 The Crisis of Global Modernity
Asian Traditions and a Sustainable Future

Prasenjit Duara on The Crisis of Global Modernity: Asian Traditions and a Sustainable Future