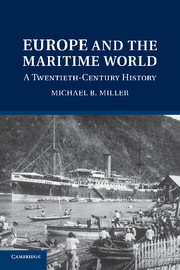 Europe and the Maritime World
A Twentieth-Century History