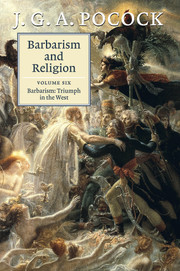 Volume 6. Barbarism: Triumph in the West