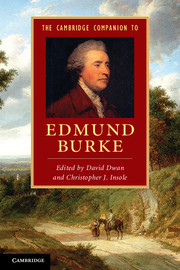 The Cambridge Companion to Edmund Burke