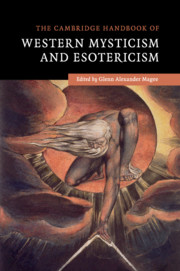 The Cambridge Handbook of Western Mysticism and Esotericism