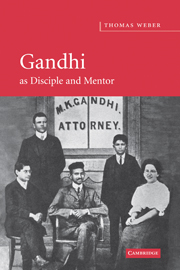 Gandhi as Disciple and Mentor