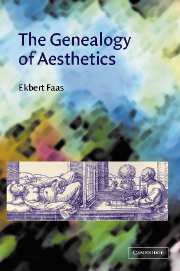 The Genealogy of Aesthetics