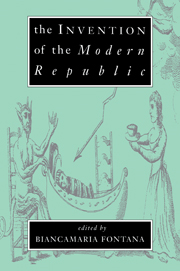 The Invention of the Modern Republic