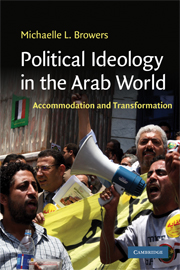 Political Ideology in the Arab World
Accommodation and Transformation