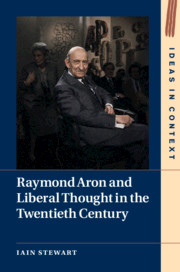 Raymond Aron and Liberal Thought in the Twentieth Century