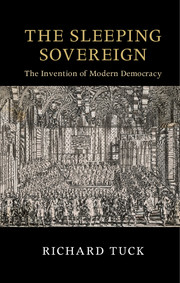 The Sleeping Sovereign
The Invention of Modern Democracy