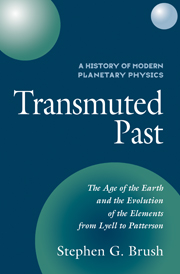 A History of Modern Planetary Physics
Transmuted Past

Volume 2. The Age of the Earth and the Evolution of the Elements from Lyell to Patterson