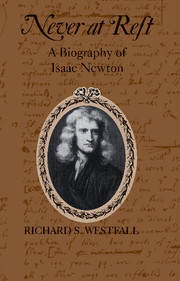 Never at Rest
A Biography of Isaac Newton