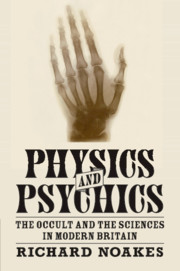 Physics and Psychics
The Occult and the Sciences in Modern Britain