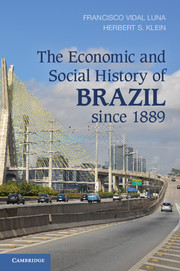 The Economic and Social History of Brazil since 1889