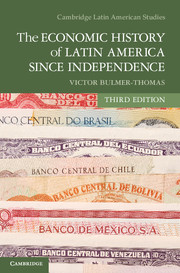 The Economic History of Latin America since Independence