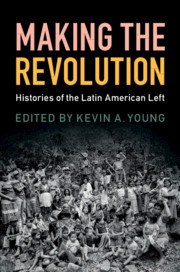 Making the Revolution
Histories of the Latin American Left