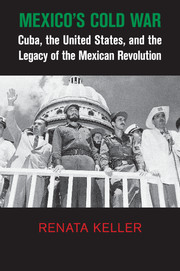 Mexico's Cold War
Cuba, the United States, and the Legacy of the Mexican Revolution

Part of Cambridge Studies in US Foreign Relations