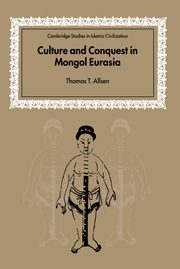 Culture and Conquest in Mongol Eurasia