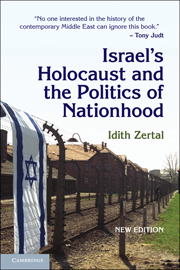 Israel's Holocaust and the Politics of Nationhood