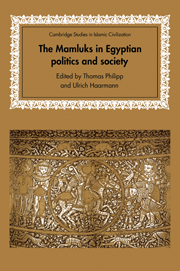 The Mamluks in Egyptian Politics and Society