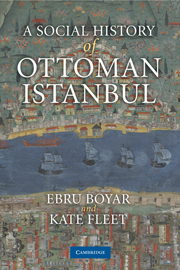 A Social History of Ottoman Istanbul