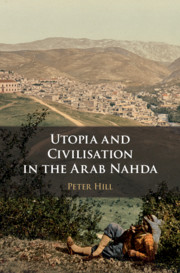 Utopia and Civilisation in the Arab Nahda