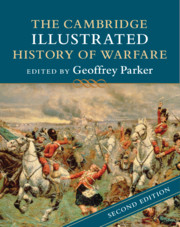 The Cambridge Illustrated History of Warfare