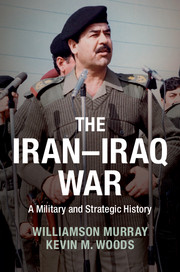 The Iran–Iraq War
A Military and Strategic History