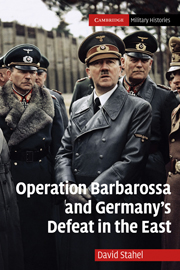 Operation Barbarossa and Germany's Defeat in the East