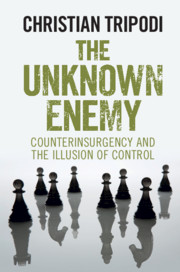 The Unknown Enemy
Counterinsurgency and the Illusion of Control