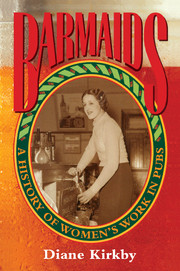 Barmaids
A History of Women's Work in Pubs