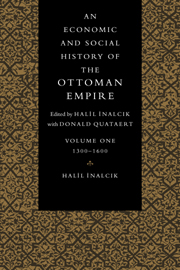 An Economic and Social History of the Ottoman Empire