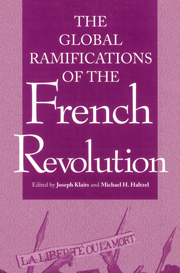 Global Ramifications of the French Revolution