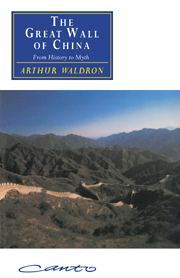 The Great Wall of China
From History to Myth