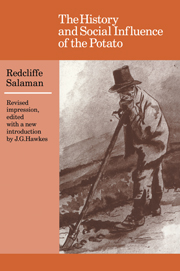 The History and Social Influence of the Potato